The Research Group will investigate how the proliferation of media channels enables political sub-communities to manage and control the creation and dissemination of alternative rhetorical discourses, including advertisements that are personalized according to user profiles and false news stories which have been found to spread faster and more widely than true news stories in platforms such as Twitter. Given that these discourses are increasingly supplanting traditional consensus-based media frameworks, it is essential to understand the mechanisms through which these discourses operate. This includes the prime sites identified as carriers of these discourses and the multimodal strategies (linguistic, visual, filmic) used for target audiences and the resultant effects. In particular, we will establish the mechanisms of such rhetorical formations with respect to their relationship with mainstream news and the deployment of social media for their amplification and transportation.

The tutorial on cognitive vision addresses computational vision and perception at the interface of language, logic, cognition, and artificial intelligence. With a focus on explainable visual sensemaking of dynamic visuospatial imagery, the tutorial demonstrates the integration of methods from AI and Vision with a focus on (combining) declarative reasoning & learning about space, action, motion, and interaction. The tutorial is presented in the applied backdrop of areas as diverse as autonomous driving, cognitive robotics, design (for visual art, architecture, visuoauditory digital media), and behavioural visual perception research in cognitive psychology. The tutorial positions an emerging line of interdisciplinary research bringing together AI, Vision, Psychology, and Design Science.

The Nordic Chapter of the Insitute on Artificial and Human Intelligence is held during November 1-7 2020 in Gothenburg, Sweden.

The Nordic Chapter 2020 of the Insitute on Artificial and Human Intelligence is held in November 2020 in Gothenburg, Sweden. The institute consists of an integrated school, panel discussion, and young researcher forum; the institute is primarily (but not exclusively) aimed at early stage doctoral researchers and research-inclined students enrolled in a bachelors or masters programme. Institute participants include professional academics / researchers, doctoral candidates and industry professionals, and research-driven students. The institute hosts an invited faculty delivering lectures, intensive tutorials, and keynotes; opportunities also exist for young researchers to position ongoing / early stage research, discuss, and network with institute faculty and participants. 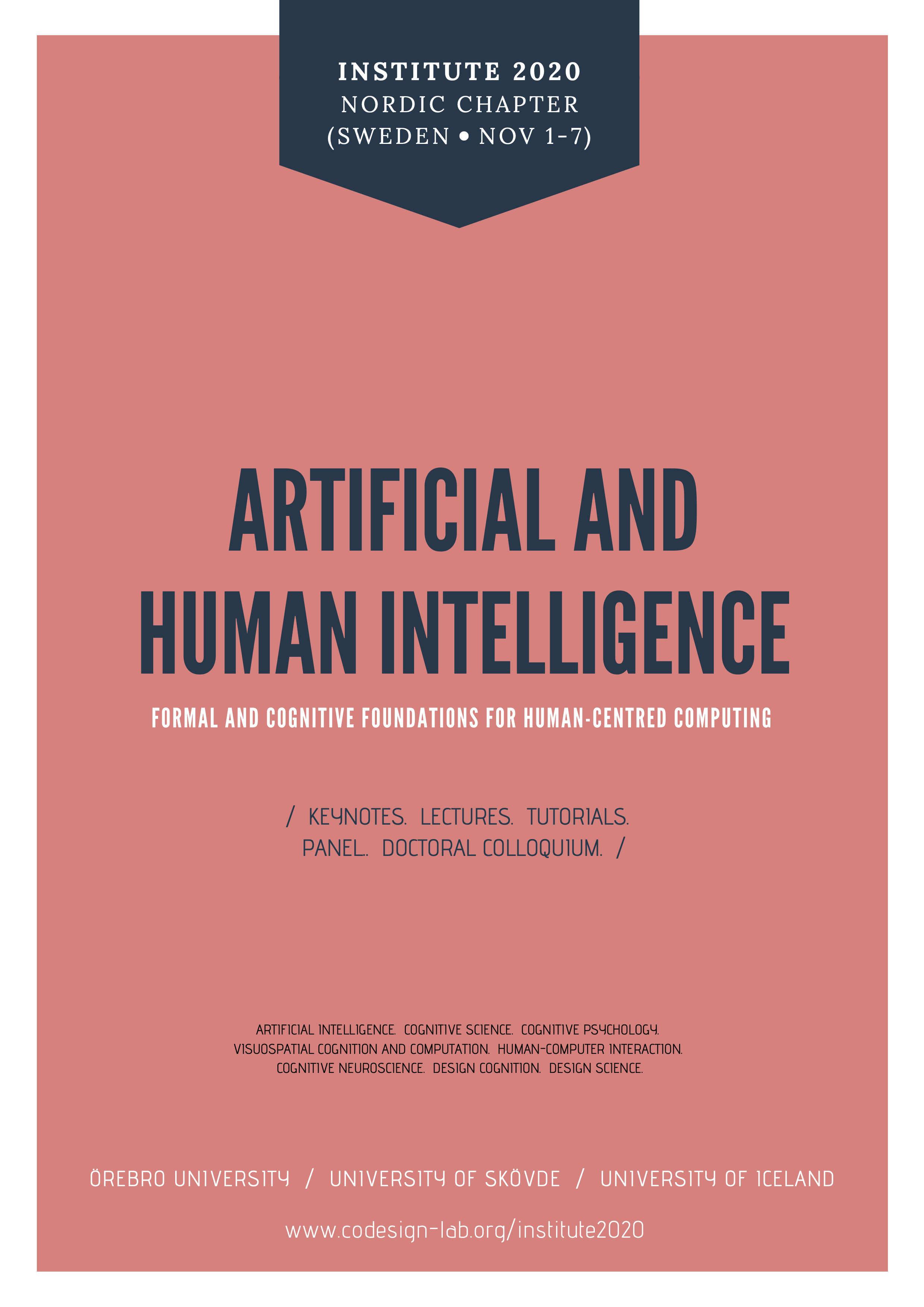